We are a community of enclosed Benedictine nuns at Jamberoo Abbey, New South Wales, Australia. Our main work is praying the Liturgy of the Hours at the heart of the Church for the world. Our ministry includes welcoming guests to our Retreat Cottages, running Retreat Programmes and providing Spiritual Direction. 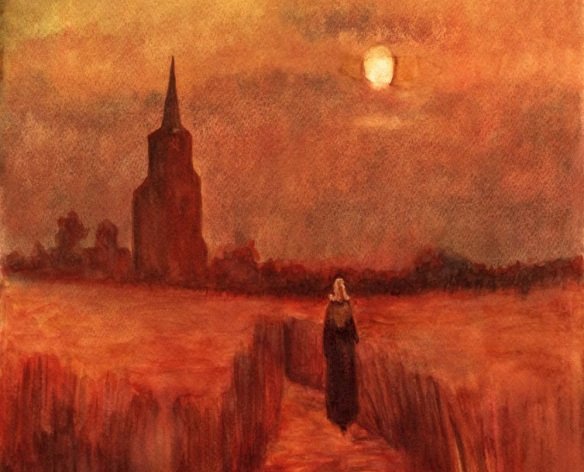 “For years hope has suffered the fate of the middle child.
On either side of her are her two more popular sisters, faith and charity,
leaving hope invisible, or ignored, and frequently misunderstood.”
Doris Donnelly
"The Season of Hope”

Hope is both a virtue and a mystery. It is desirable yet elusive. Many dismiss it, misunderstand it, shrug it off and turn their backs on it, extoling faith and charity instead. And whilst faith and charity are absolutely critical in these times of uncertainty and fear in society, and of course at any time and at all times, there is a need for hope as never before since WWII.

What the world needs now is hope

Hope transforms you, and it transforms me, and it is only as transformed hope-filled people that we will be able to bring such urgently needed hope to the world: to our own personal world of family, friends and acquaintances, but also to the world as a whole. One little drop of hope has far reaching consequences for all of humanity.

But what is hope?
Do any of us really understand it?

This retreat is a reflection on what is possible when all seems dark, confusing, frightening, impossible. There are six conferences altogether with two being uploaded each week. Thus you may want to complete the retreat in three weeks or alternately you may want to take six weeks or even six months. The timing is up to you.

We will be asking the questions:

Anyone of any denomination and state in life is invited to make this retreat.

Inspired by and based on: